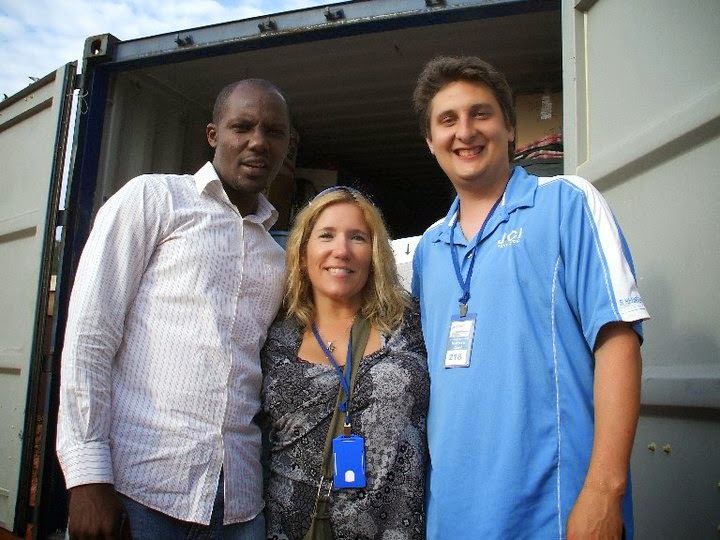 Rylan is a remarkable young man who took the 2010 (self-funded) trip to E. Africa and personally raised over $12,000 throughout the year. His dream was to send a library to Africa and to that end he helped to solicit book donations and joined us in raising the funds to ship the container, which was also filled with medical, educational, entrepreneur and family resources.

We sent over 16,000 books to Rwanda to create library shelves in the village schools. Rylan continues to support us at a personal level and through his business, Coffee News.

Email ThisBlogThis!Share to TwitterShare to FacebookShare to Pinterest
Labels: Books 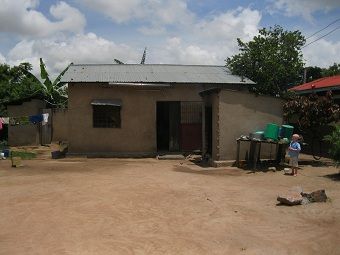 Founded in 2002 by a volunteer committee of women

See the previous Muvuma posts (scroll down or click on the labels on the right) to find out more about the orphanage. 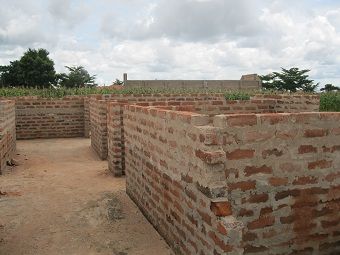 In 2011 Kahama District donated land for a new building
It took two years and a lot of work to get to just six-bricks deep. The white band at the top indicates the 4,000 bricks that were added within a month when one of our February Trip volunteers, Nancy Comeau  donated US $1,000. 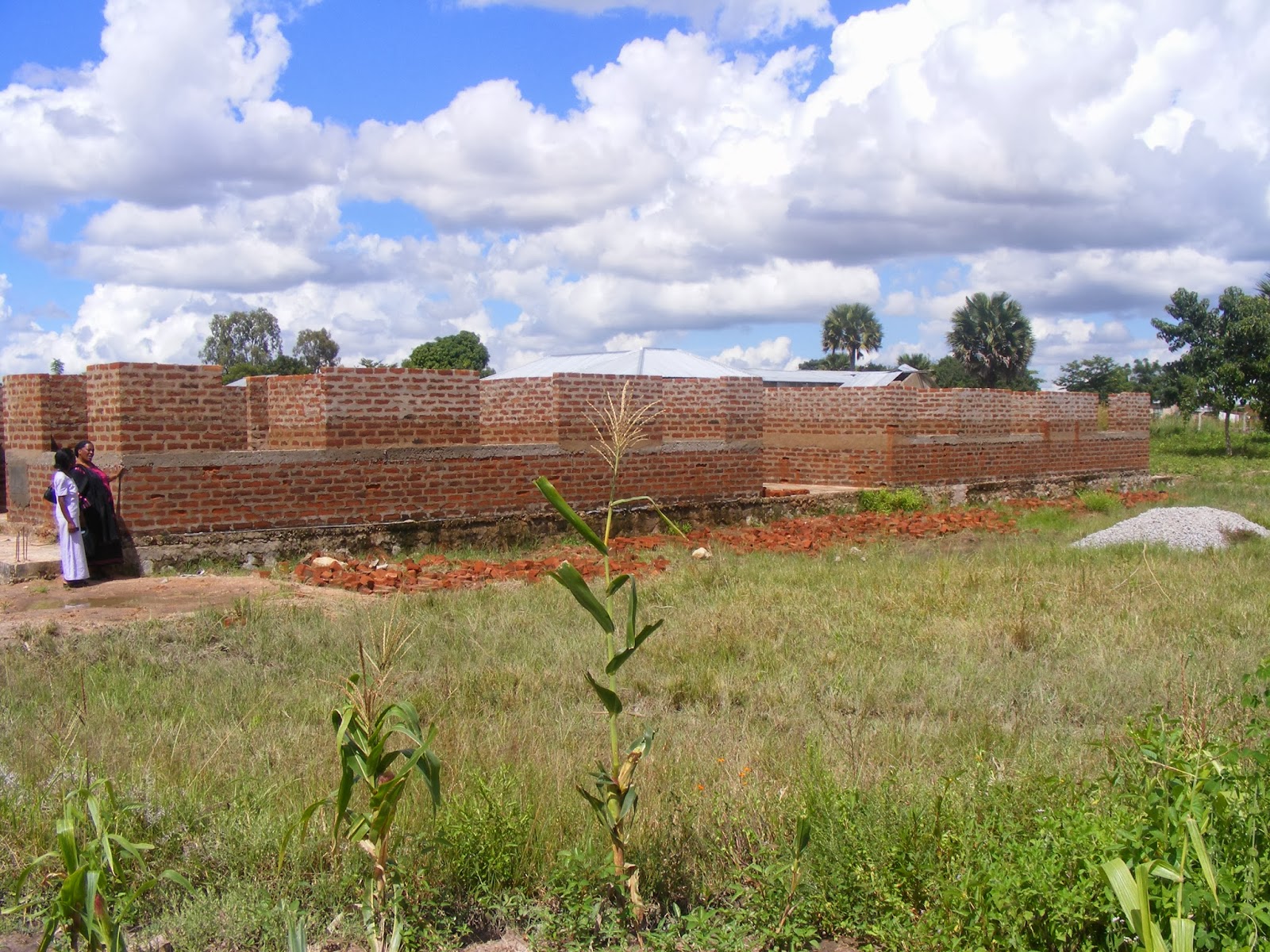 For more information or to make a donation contact me , mail to The One Person Project, 10108 Julia Street, Summerland, B.C. V0H 1Z5 or donate on-line

Posted by Denise Howie at 13:01 No comments:

Email ThisBlogThis!Share to TwitterShare to FacebookShare to Pinterest
Labels: Muvuma Orphanage, What you can do! 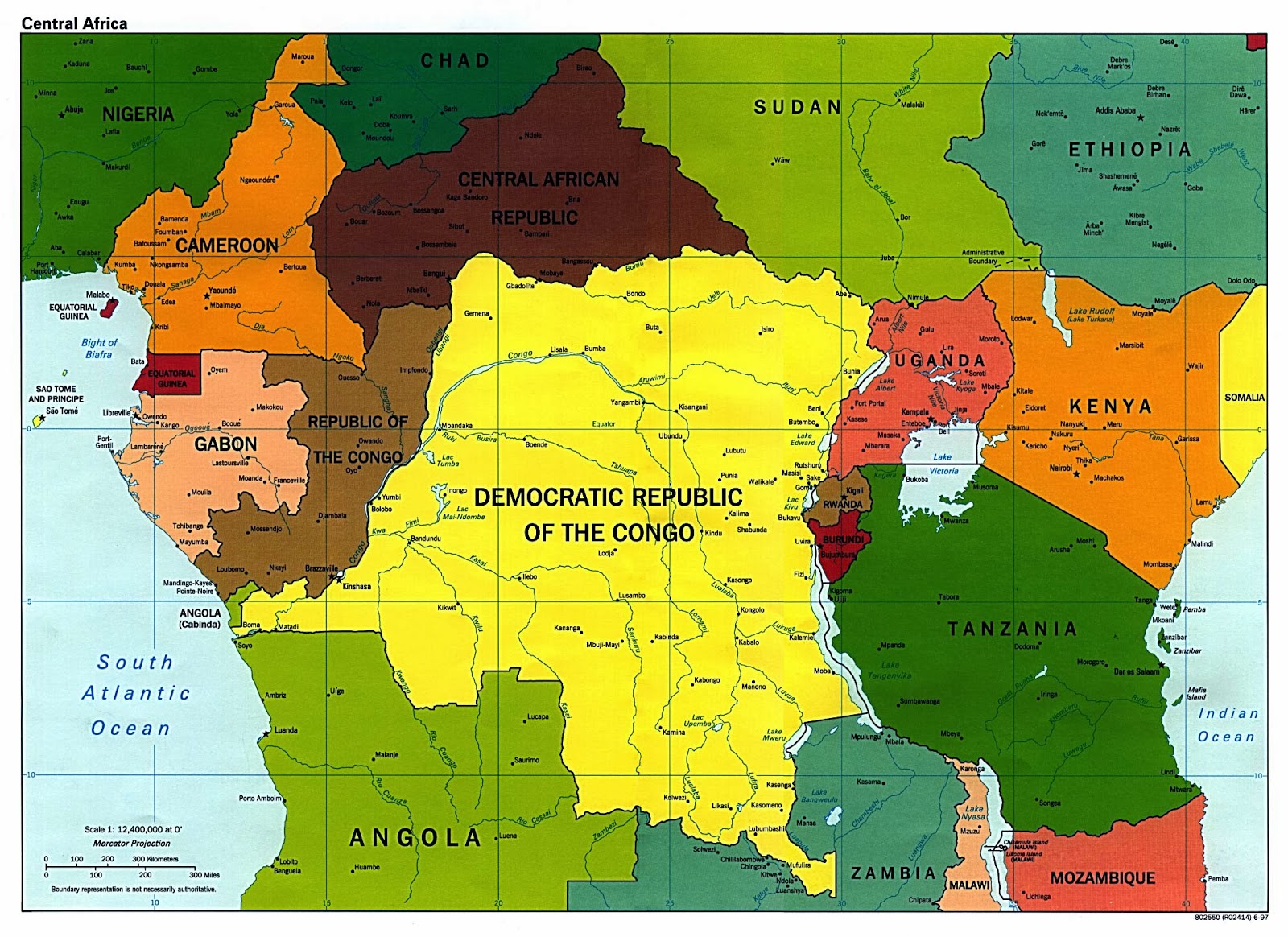 The Township and District of Kahama in Northwestern Tanzania 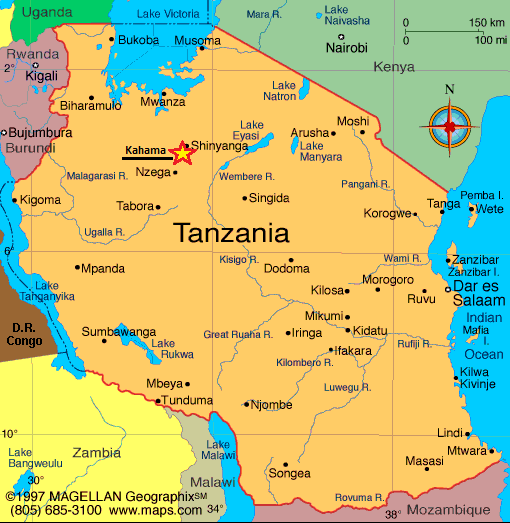 The Kahama District has a population of around one million people; split between the township and 240 scattered villages. We chose to work in the Kahama district because it is remote and has little outside help.

Tanzania's poverty is widespread and acute. Around 85% of the population live in rural areas such as the Kahama region. The arid conditions mean that many of the people are nutritionally deficient and are sustenance farmers only.

HIV / AIDS
According to UNAIDS, about 1.4 million people are living with HIV in Tanzania. Of those 160,000 are children under the age of 15: this in a population of just over 46 million. The HIV rates are higher than the national average in the Kahama region.

We engage in capacity-building programs, which means that we are building a long-term, reciprocal relationship with the community, rather than just transferring resources. 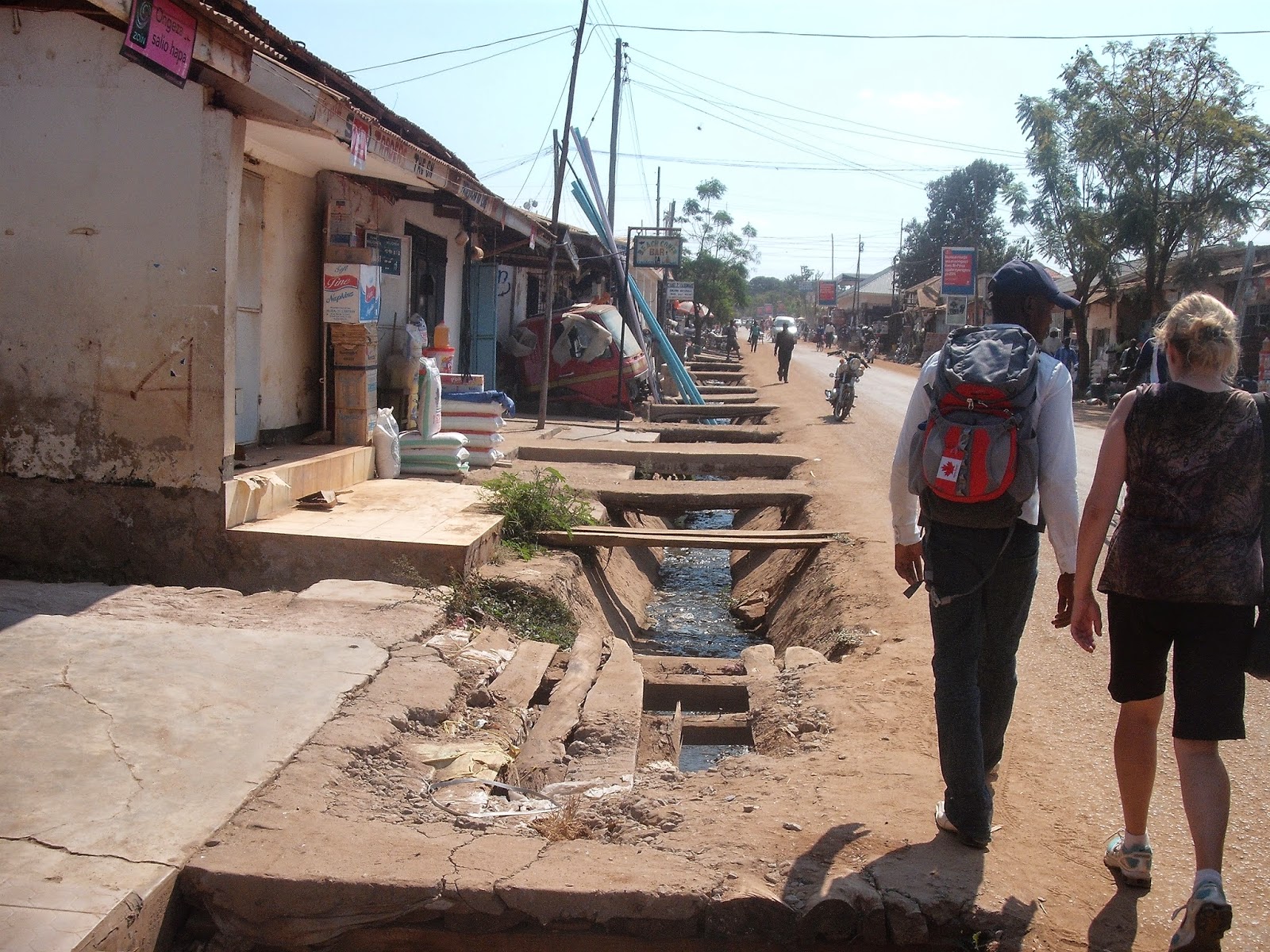 The town has a long, busy Main Street with side roads bustling with bicycles and motorbikes. There are some modern hotels and a large supermarket, which cater to the more affluent gold miners who spend their days-off in Kahama. But the townsfolk who can afford to make purchases shop in the small stores and markets. 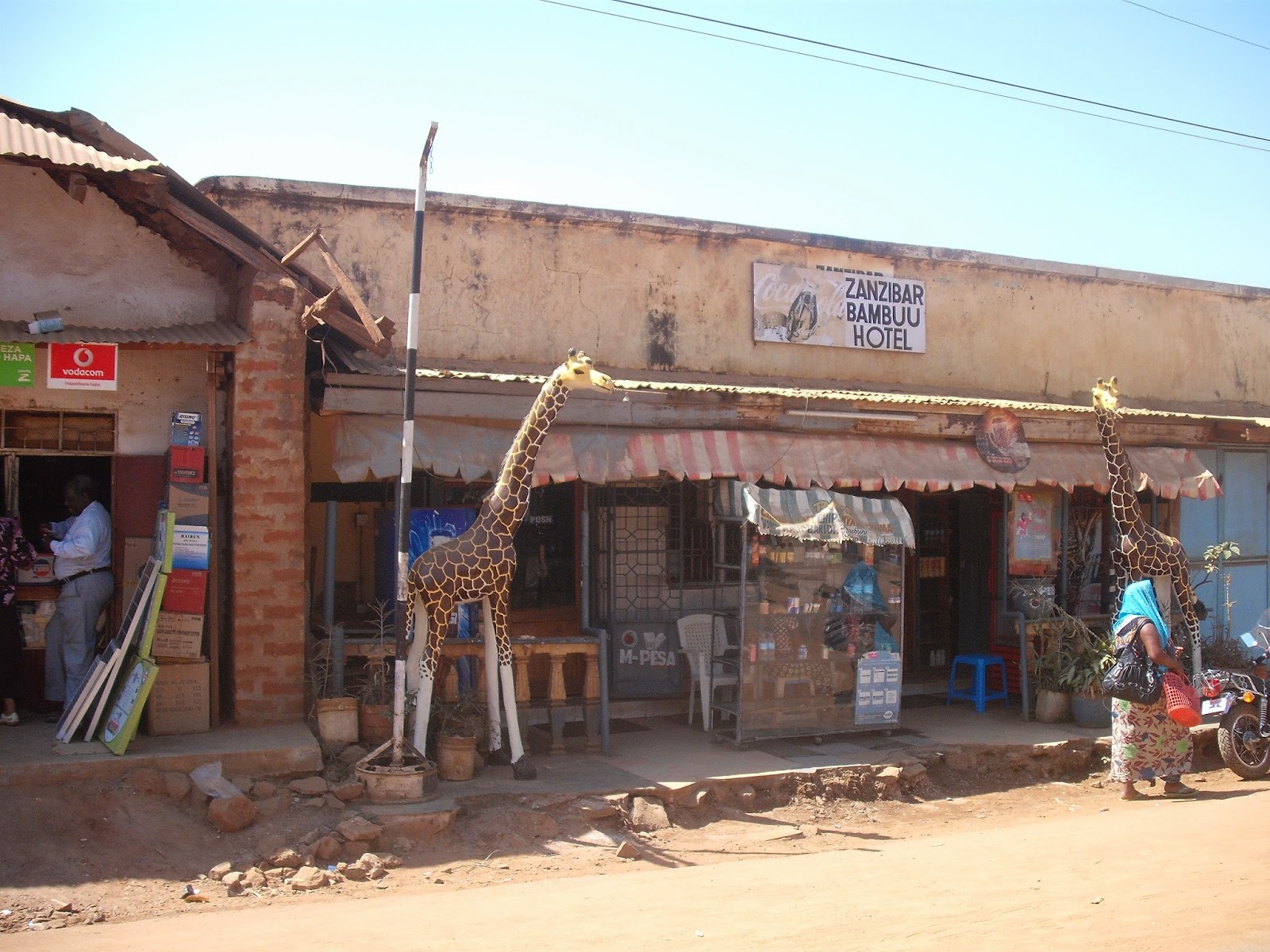 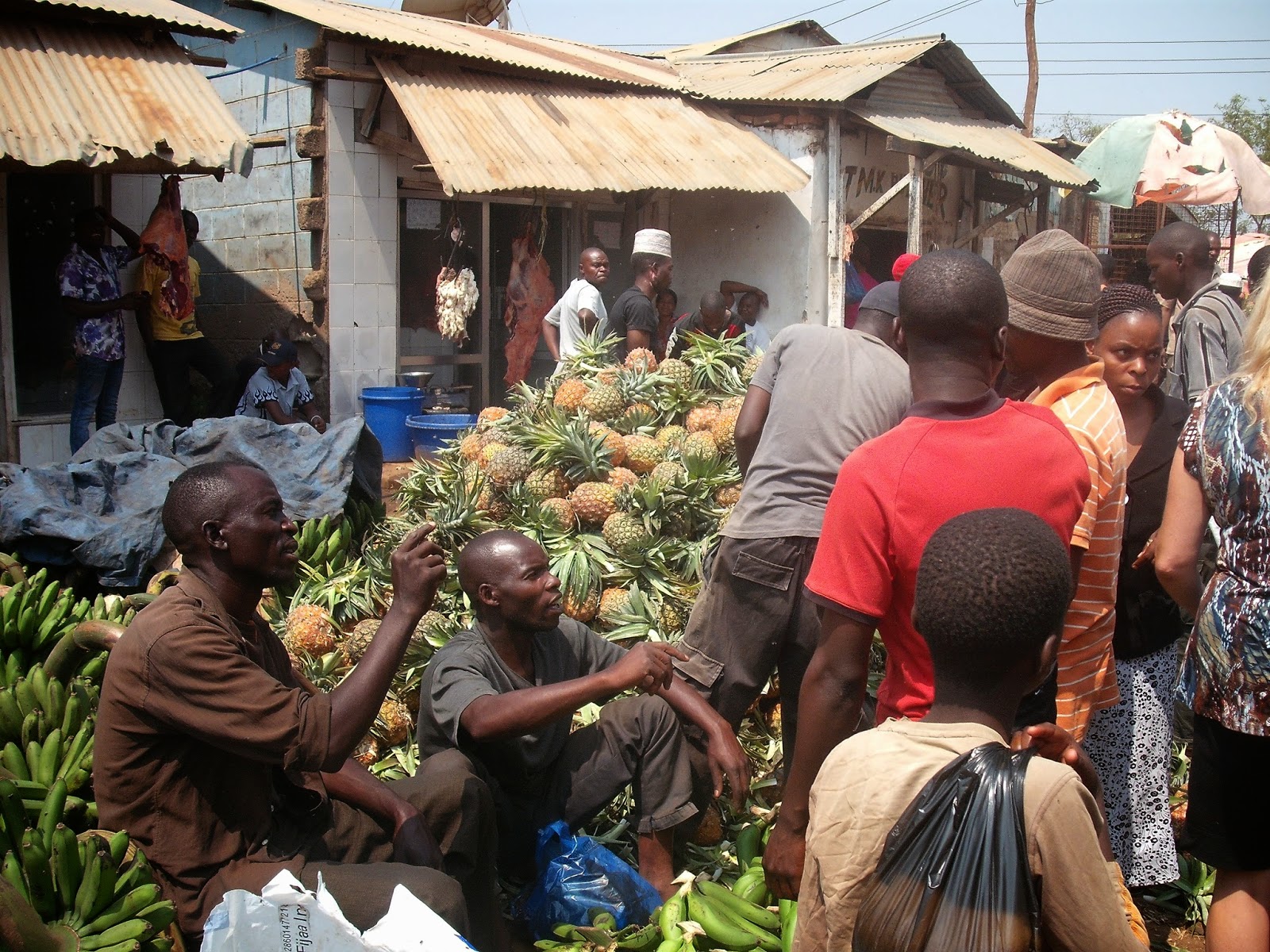 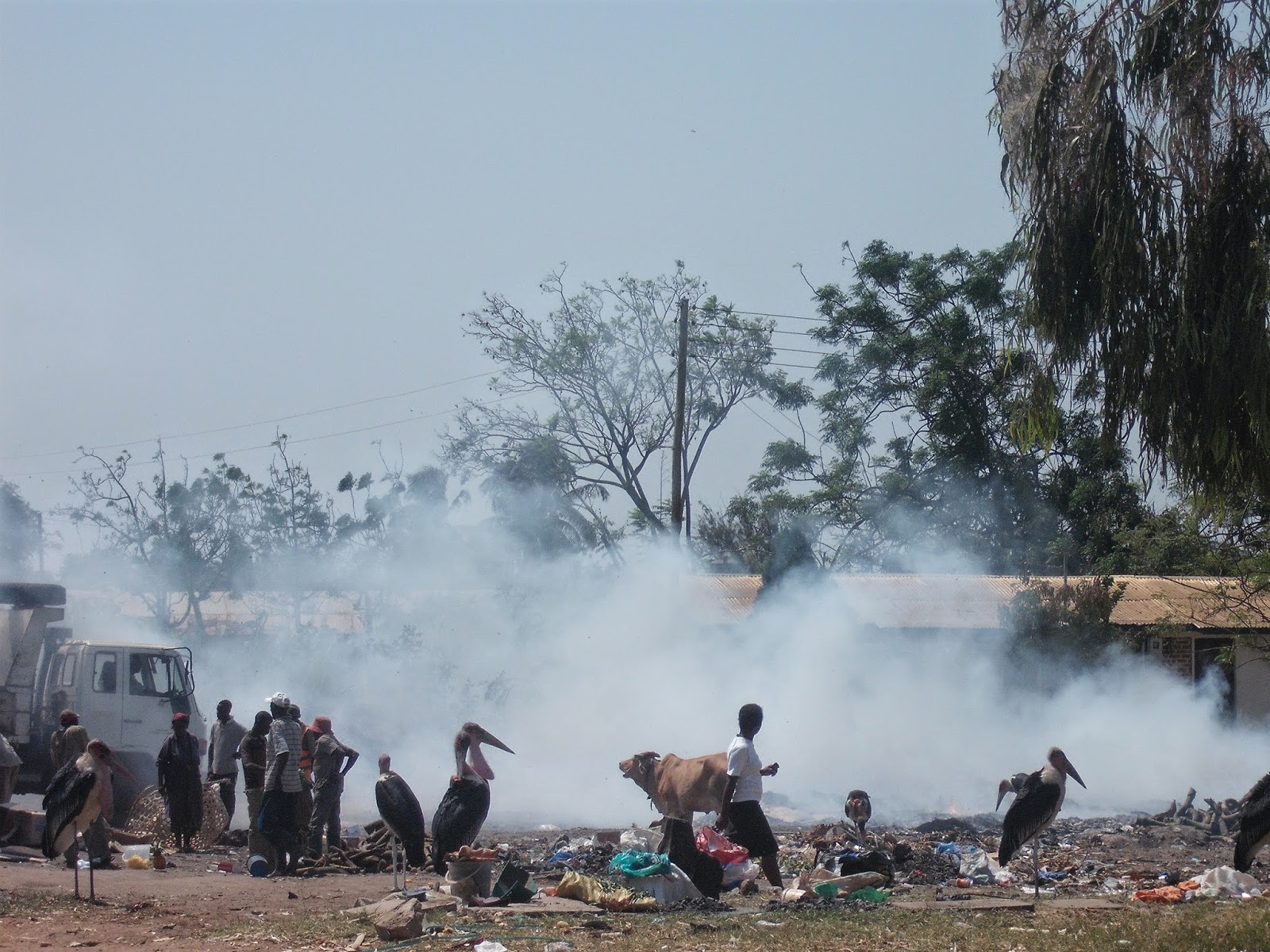 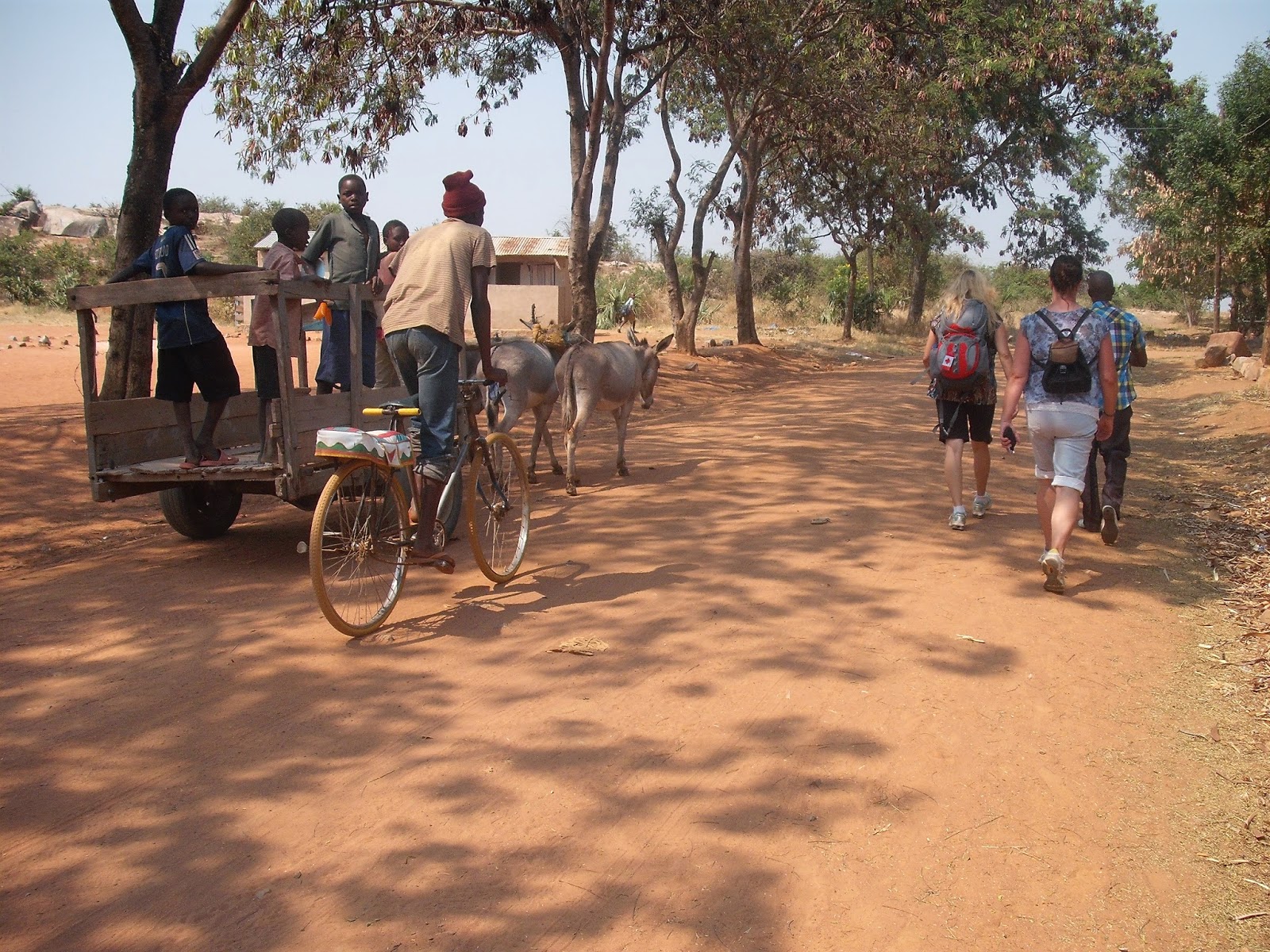 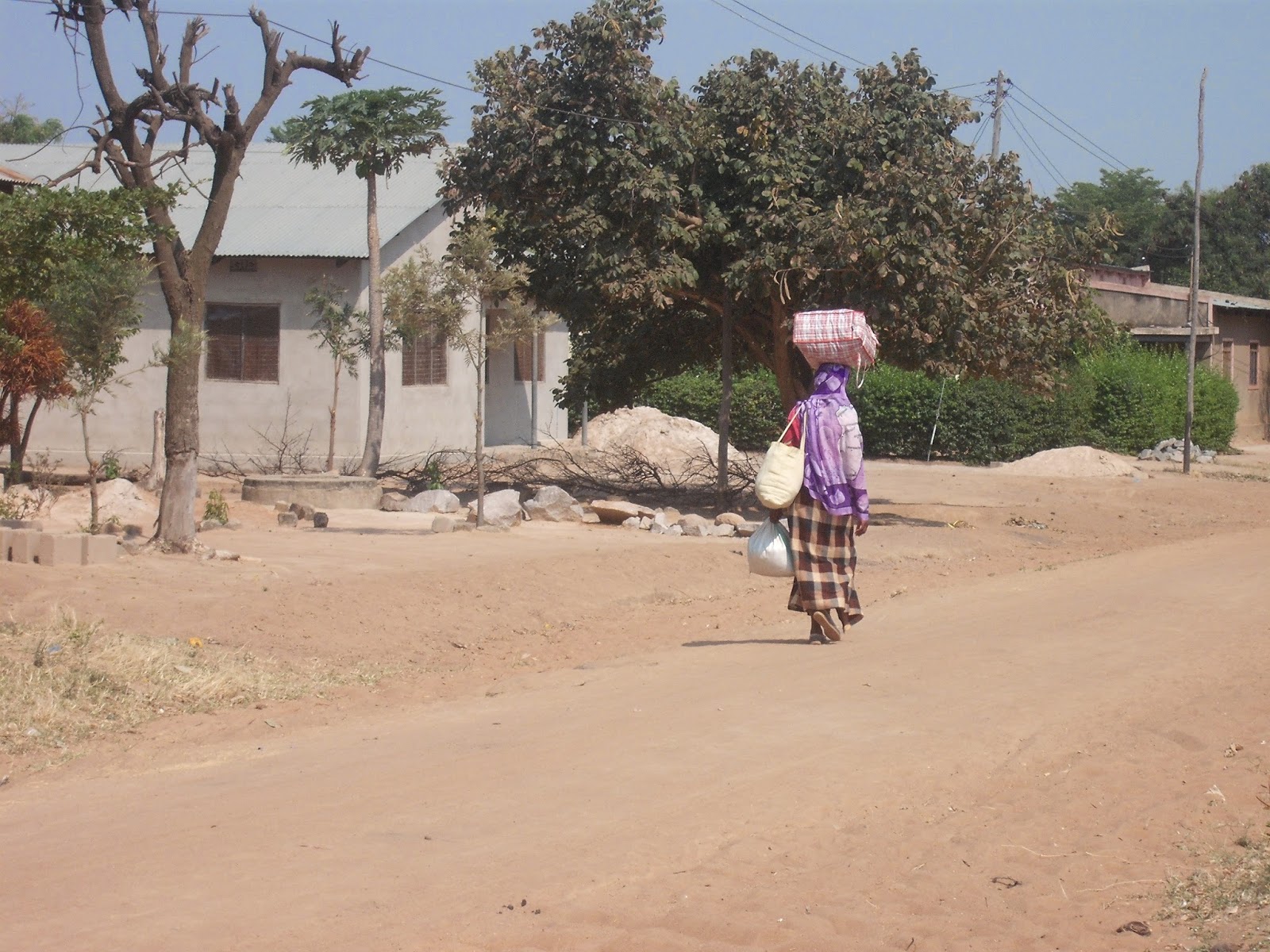 The Kahama District Hospital is the only hospital for the whole district - a population of around a million people! There are also satellite clinics. We have targeted a couple of the clinics with one-off donations and hope that our support filters out to the others in the future. 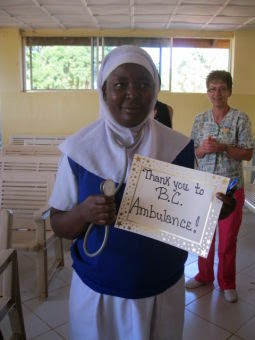 A typical village school will have few or no resources. 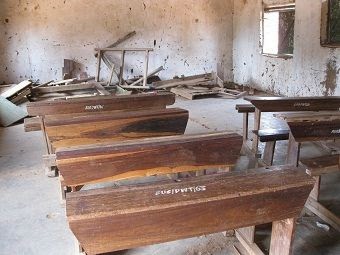 We send school supplies in our shipping containers and Brenda (One Person President and co-founder) and volunteers take resources in their suitcases on each trip. 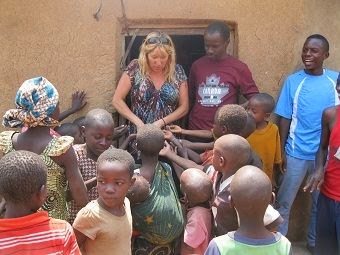 Mabula receives a precious soccer ball on one of our annual visits. 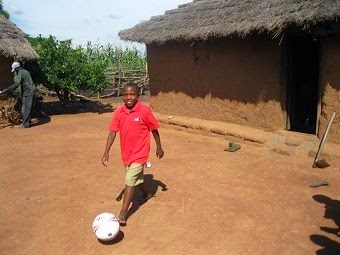 Poverty is extreme in the outlying villages 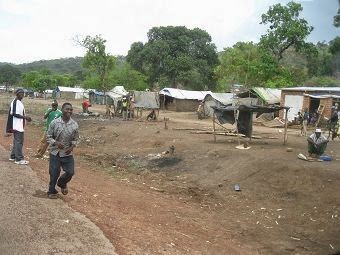 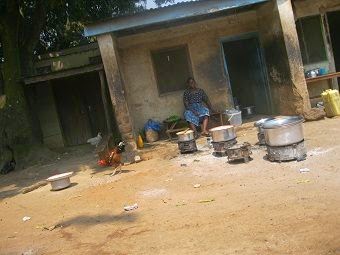 A typical gas station...the container on the table.... 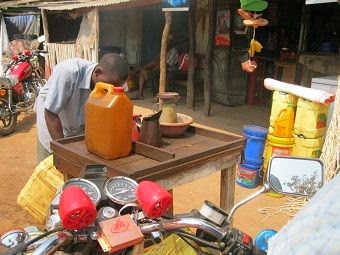 There is much beauty in Tanzania, the countryside can be amazing but the devastating effects of poverty are everywhere. Thank you for helping us to make a difference.
For more information or to make a donation contact me , mail to The One Person Project, 10108 Julia Street, Summerland, B.C. V0H 1Z5 or donate on-line

Posted by Denise Howie at 18:08 No comments:

Email ThisBlogThis!Share to TwitterShare to FacebookShare to Pinterest
Labels: What you can do!, Who we are and what we do
Newer Posts Older Posts Home
Subscribe to: Posts (Atom)

Denise Howie
Denise Howie is an award-winning author and creative-writing tutor. As Denise Whittaker, she is a co-founder and committee member of The One Person Project.